I hope you read 'part one' re my lovely soup. After the chicken necks mixed with the ginger and garlic had cooked all night, I let it cool for a while and then strained it through some kitchen paper and a sieve. I left it in the fridge while I took Perdy for a morning walk, explaining to her that I had saved the necks for her and I had only 'borrowed' them for the stock.
Back home after a very humid and sticky walk, I put the clear stock back into the crockpot. I added one red capsicum, sliced up, along with two finely chopped spring onions. (I think other countries call them green onions or scallions) I added two boneless and skinless chicken breasts, sliced evenly into bite-- sized pieces. I season the mixture very lightly, preferring to add that at serving. I put in four cloves and a dash of paprika. Of course, you can add your own favourite 'extras.'
Time to put my feet up, but that was interrupted when the techie came , yet again to resolve my ongoing issues with the internet connectivity. I remained calm as he went through the usual stuff, but this time he brought in his own flash modem and it  was apparent that things were OK. He tweaked some of the work the previous techie had done and the computer has worked since then, but he did say that he couldn't guarantee it. Man, they owe me some reduction on my account, I reckon!
Time for another walk with Perdy as the soup simmers gently in the crockpot, on low. Just before leaving for the walk, I added one can of corn kernels and one of creamed style corn.
When I arrived back from the 'bay,' I could smell a wafting slightly savoury odour. A few hours later, I mixed in some cornflour and just before serving I dribbled in two well mixed eggs.
The end result---a huge pot of beautiful 'as-good-or-better-than-you-get, 'restaurant' soup. No, I won't eat it all. I will give some to my mates In am seeing tomorrow. Now, go cook your own. If you want to reduce the already reasonable cost, just use cheaper cuts of chicken and let it cool if you want to skim off the fat. Yes, I did give Perdy the soft cooked necks and she munched away on them with a glint in her eye that indicated she was well satisfied with our 'deal.'
www.authorneilcoleman.com 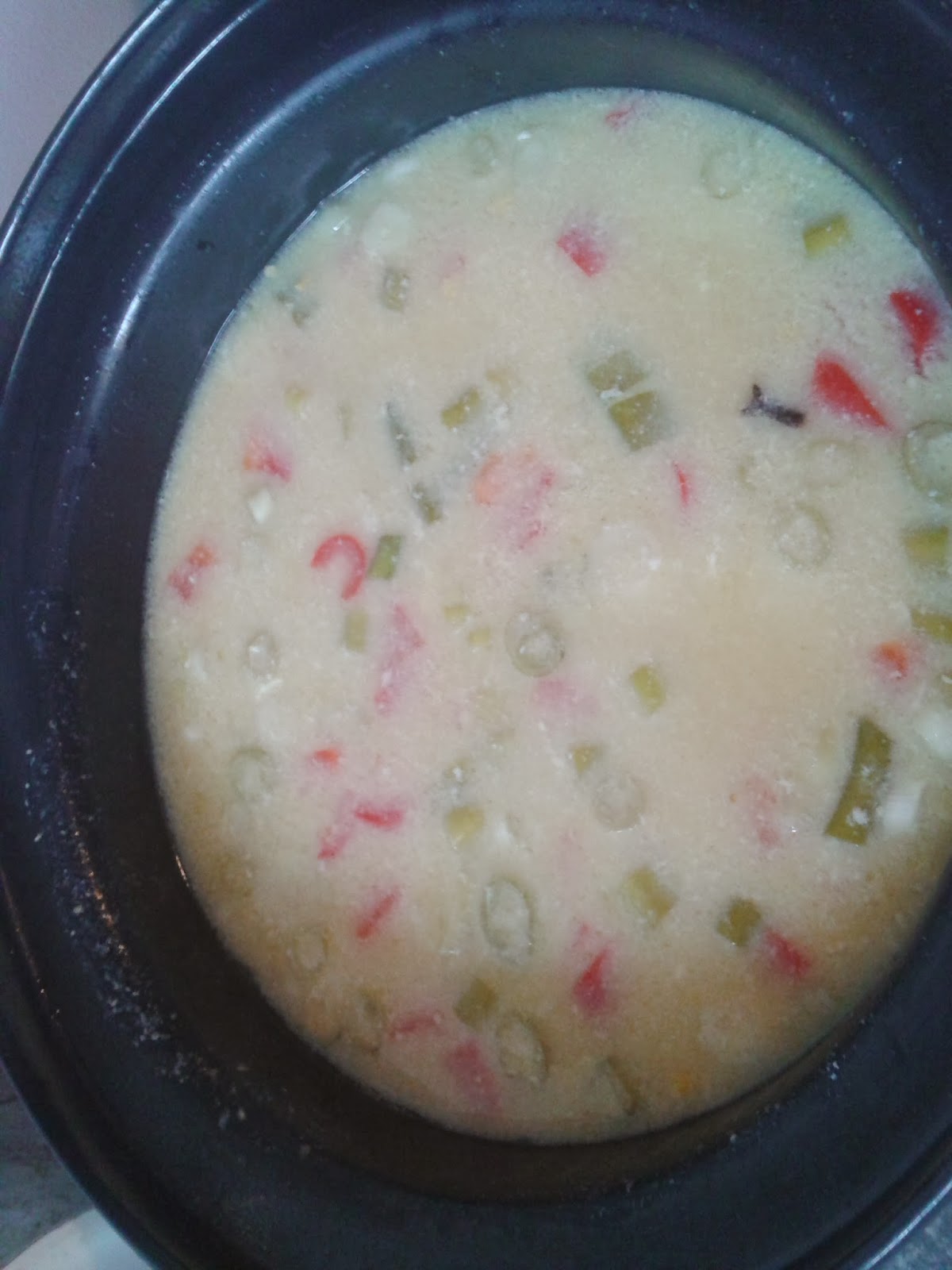 What can I say--cost about NZ$13 and enough to feed about 8 people.
Posted by www.authorneilcoleman.com at 10:21 PM