Perdy felt sick yesterday, but OMG---she was back on form today!

I always feel kind of useless when Perdy is under the weather. Yesterday she threw up in the car. I should have known, given the warning signs. I took her for her usual run down at the bay, but she was listless and after one throw of the ball she just headed back to the car.
On the way home she made her mark (I'm washing the covers as I write) and for the rest of the day it was sleeping, not eating and giving me this--'Daddy---why don't you make me feel better,' look. She was due for her annual check up at the vets so we rang to see if we could get her in a day early. They asked us to keep an eye on her and would see her today.
Today came and she was back to her normal resilient self. I headed towards a park I have seen just off Mt Eden Road near the actual mountain. I couldn't se any signs prohibiting me from 'exercising' Perdy (well they didn't  specifically say she was banned!) so it was off the leash and she bounded in her dolphin come crossed with a rabbit run, chasing her ball. We explored the little park together and decided that it would be our secret. It really is something quitter special; pity about the sign saying 'on leash area.' Damn. That must be for other dogs, right. Yeah, I know. There are many out there who hate it when doggie owners' flout the law and you will probably put the council onto  me. Hey, I picked up the poops. Do you want proof?!
www.authorneilcoleman.com 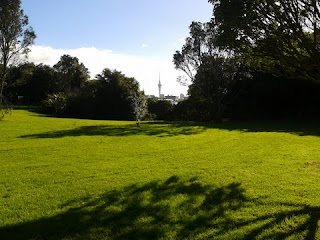 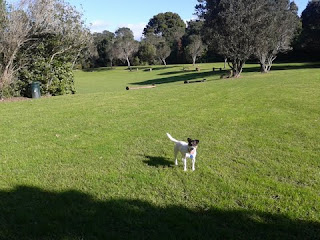 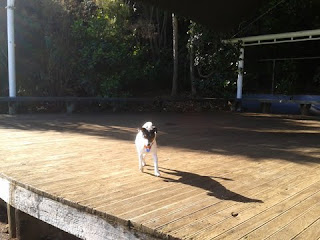 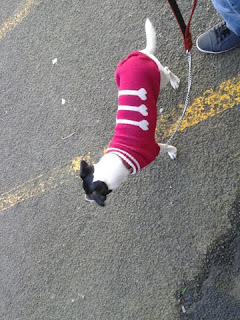 All dressed up ready for the ball. The 'Ball' and the after party. I can boogie!
Posted by www.authorneilcoleman.com at 8:36 PM No comments:

The 'mother' of all welfare shake-ups is happening now to someone near you!

So the Government is hell-bent on pursuing a major shake-up of welfare benefits. Various figures are being bandied around about just how extensive this is going to be. Some say it is the biggest change since the introduction of the Welfare State in 1938. Others say that it is long overdue and that we have created an underclass of dependency and a lazy multigenerational  mind-set.
I accept that there are those who do anything in order to do 'nothing. they are quite happy to subsist on the money they receive from any form of benefit and they probably pass this 'trait ' on to their kids. I am not saying that this mind frame is representative of the majority of people on benefits. Everyone I know who receives any form of benefit is struggling to make ends meet and would prefer to be the recipient of a living wage or salary.
I support moves to weed out those who 'can' work and I have no issue with either stopping or cutting payments to those who think that the rest of us should pay for their drug use. I am not supportive of forcing people into work who are not capable (for whatever reason) of holding down a full-time job. What employer would want to have someone on their staff who is incapable or even a 'danger ' to themselves or to their workmates. We know that WINZ pressures people to return to work and that some companies take on people who quite frankly are not an asset to their organizations.
For me, the bottom line in any welfare 'reform,' is the effect such moves have on the families of the recipients. If the children suffer, we as a society will be picking up the social costs, whether it is through 'top-ups' of increased resources needed for health or paying for the 'breakdown in the families,' caused by the extra pressure put on families.
For those people who think that welfare recipients have it easy, I say---'go try it yourself for a few months. Of course, that is not realistic but use your imagination. Despite the different 'support' structures that give add-ons to families, paying the bills and feeding the family is becoming almost impossible, especially in the larger cities and that claim can be made for so-called average incomes.
Balance is the key (excuse the unfortunate pun) and a 'caring' government will struggle to find that point. Caring for those who through no fault of their own, and find themselves in a position where they cannot support their families, is the measure stick. We as a society must step-up and help. Before we had a 'welfare state,' such supports were random and controlled at the whim of a range of charity organizations. There was no consistency and people were often missed. New Zealand has come a long way since those desperate days, but I have a strong feeling that there is a move back to that time, led by a Government  determined to turn back the clock. Yes, make some necessary changes but please, keep in mind the children---the future of our nation. If we do not take care of those who 'can not,' we are  heading for a bleak and uncaring future.
www.authorneilcoleman.com
Posted by www.authorneilcoleman.com at 2:22 PM No comments: