Jesse Ryder did nothing to deserve this!

What happenned to Jesse Ryder is so wrong. Yes, we all know he has had difficulty re his drinking and it may have even re-emerged in the last few weeks. Jesse was about to go to India for the season and things should have worked well for him, but last night he got into some sort of altercation with a young man at a bar. Jesse walked away and he was King hit by a patron whose family then got stuck into Jesse.
I can think of almost nothing that could justify this action. That several of the group attacked Jesse and caused such damage sickens me. What sort of 'thinking' is behind such a cowardly attack? Even if Jesse gave them some lip, the reposnse was so over the top that I am left wondering just how safe our sportsmen and women are when they go out. Do we have to employ minders for them? Society is sick of these criminals who believe they have the right to take such actions. This group must be idendtified and dealt to---- but the law, not some group that thinks it has the right to take its own form of action. Yes, even these low lifes deserve 'justice.' As for Jesse---go well mate!
Posted by www.authorneilcoleman.com at 11:28 PM 1 comment:

Slovenia---how did you find my blog?

When I see a country viewing my blogs for the first time, I am at least intrigued and also happy. I would love to know how you found 'me.' Please reply in the comments section. If not, oyu are most welocme anyway. I hope you enjoy reading my blogs as much as I enjoy writing them. I started them to 'push' my books---see
www.authorneilcoleman.com  but that has been a bit of a waste of time. Oh well, at least there is no risk of losing money with my blogs.  Have a wonderful Easter break.
Posted by www.authorneilcoleman.com at 4:11 PM 1 comment:

Goodbye Pork Pie journey begins.Kaitaia to the Bluff and back again!

Fantastic, the 'Spirit of James Cook High made it as far as Kaitaia and all is wel. Go Cameron! 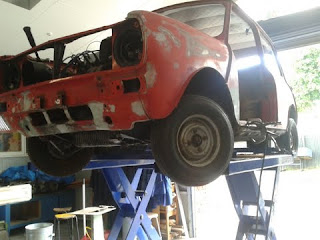 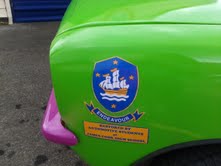 The 'Spirit of James Cook HIgh.' 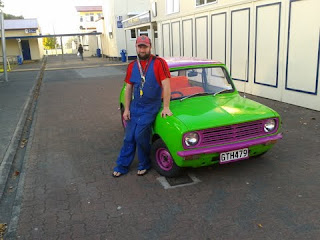 Cameron
Posted by www.authorneilcoleman.com at 12:54 PM No comments:

Belgium and Ecuador--chocolates and coffee

I know----way too simplistic. It's just great to see you reading my blogs. Just keep it coming and so shall I.
Posted by www.authorneilcoleman.com at 12:35 PM No comments:

Just one week to go--met the target and then some!

Yes, only one week until I head on in t the Ascot Hospital for my surgery. It seems that it is going to be a tow for the price of one affair. For the last month or so I have been putting up with a lot of pain around my right rib and back area along with some interesting ‘burping at night. I put the latter aside, blaming to on my CPAC machine (the one I use for what may soon go away---sleep Apnoea) and explained the pain as a result of my continually throwing the ball for Perdy with my ‘thrower.’
I had not noticed the little note on the admission note for the hospital that had hiatus hernia suspected and that I had signed a release from for a procedure to fix that. It was only when I asked if I could be paying extra that I became interested. Of course it explained the pain. I also learned those there was to be no extra cost and that it wouldn’t complicate things at all. I now know that the pain will go away and that walking will also be more comfortable.
How have I done on ‘Optitrot?’ (Oops---Optifast) Well, despite my permanent dislike of the taste or to be fair the fact that I have had to spend the last three weeks with a relatively narrow range of gastronomic choice, the product works. One just has to stick with it and not stray from the dietary guidelines. The worst thing I have done is to have some milk in an occasional coffee and sneak in an extra piece of fruit on some days.
I have lost about 11 kgs and I have a week to go. The nurse who rang me prior to my being admitted next Thursday was pleased with my weight loss. I know I can get there now, with a bit to spare. I suspect that I shall lose at least another kilo.
Easter is coming up so I shall use that time to have some lovely ‘adventures with Perdy and family. I can feel a trip to Kakamatua Inlet coming up. We love that place, out on the Manukau Heads. I will have a few coffees, but will match that with some extra walking.
How am I feeling? I can only say that I doubt that I have felt better (apart from the obvious pain from the hernia), had more energy, clearer skin and a better outlook re my health for a long time. The expected statements came my way re---‘well you can avoid the operation now.’ NO, NO and NO! They just don’t get it. I need this ‘tool’ that the operation represent to enable me to stay on top, to make the symptoms of Diabetes, sleep apnoea, high cholesterol, blood pressure and the like to lesson, if not go away completely. My body will fight my current weight loss and it is almost inevitable that the weight will pile back on. Ask yourself if you hold the prior view----‘do you know many people over 40 who have been very overweight and have managed to keep their weight off?’ I want you to be really honest and not just ‘clutch at the ‘straw of that one or maybe two people that have done so. It is very rare. Yes there are those gym bunnies out there who have managed that, but they are as equally if not more so, than I am about what I have done.
It has been a wake-up call of a major kind for me but I have arrived at the place where I am content with my decision and I have nothing but positivity towards what will come next.
Posted by www.authorneilcoleman.com at 12:10 PM No comments: