The claim by a former NZ First MP (Kirton---I forget who he was!) that the NZ First Party, post- Winston will probably be consigned to the vaults of history is one that I agree with. Just think of who stands out in the party, apart from Winston. Yeah, there's someone famous for piddling in public and there was of course Ron Marks. Ron alone had some sort of charisma and unless he sees a way of coming back, then NZ First is stuffed, done and dumped.
Think---can you put a name to anyone on the front bench of NZ First? If you can, you are either an enthusiast or you have a bloody good memory, or perhaps you are a party member.  So to put it bluntly, Winston is NZ First and when he finally decides to hang up his cape, we shall see the demise of this 'populist' party. Who else can come up with an issue that will attract at least 5% of the vote and capture the public's confidence. Winston is special in his own way. Love or hate him you can't ignore him. His ability to dance the dance of political one-upmanship and stay in the public eye is legendary. No one else in 'his' party can do that. Winston will be remembered for his many tilts at the 'windmill' of Government institutions and policies and for his part in giving us the Gold Card. Unfortunately he will also be remembered for his cynical labelling of ethnic groups as being contributors to more negative driving forces in the NZ economy. Whether he is correct is not my point; it is more his style---one that relies on an ill-informed public and one that throws a few questionable facts into the campaign trail and then garners the necessary numbers to be able to attain the giddy heights of 'Welle-trough.'
So after Winston, there will be  gap that the other parties will try to fill. Watch that space and observe the worms who will come out to feed!
www.authorneilcoleman.com
Posted by www.authorneilcoleman.com at 6:41 PM No comments:

I am in the process of 'regaining' space. One cannot keep buying things, be it clothing, books or other 'stuff' without getting making space for the new arrivals. Mmm, bet some parents feel like that!
I have quite a bit of Crown Lynn and I nave decided to only keep those pieces that are on the more 'collectable' side. However, I also have some rather nice bits and pieces and I have made the hard decision to send them the way of other CL lovers. Over the next few months I shall place them on either my Trade Me account or my partner's. Look out for them and make a special place for them in your home. Happy hunting!
www.authorneilcoleman.com 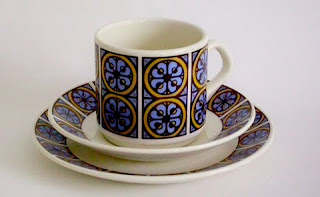 Go to www.Trademe.co.nz There are six trios for sale.
Posted by www.authorneilcoleman.com at 2:16 PM No comments: