The latest attack on our soldiers in Afghanistan by so-called 'friends' send a message we should have understood and acted upon ages ago, but we insist on following the good old USA in its failed endeavour to bring 'democracy' (whose style?) to this 'non-country.' I can hear the howls of anger from those espousing the need to protect women and girls from the Taliban. But should our boys and girls die for this---cause? What thanks has the 'West' ever received from countries where an 'intervention' has taken place, especially in the Middle East?
NZ follows blindly when the USA roars and our personnel willingly jump into the fray and families back in NZ suffer when their loved ones die. I know that we have sent our armed forces overseas in the past, but all too often in the 20th and 21st century and the conflagrations have been decidedly those in which the USA has decided what is best for these countries and more to the point, in the interests of the USA.
In Afghanistan's case, they are flying in the face of history. No nation has ever won in this God forsaken country, going back to the British Empire, the USSR and now the USA and it's 'allies'!
Yes, we could keep pouring troops and resources into the region and the Taliban or some 'warlord' will dismantle the 'reconstruction' efforts and refugees will continue to arrive on the shores of our near neighbour, Australia, bringing some of the discontent with them.
How about we only send  forces to nations whose people clearly state that we are welcome. Arriving at this point, would of course be difficult to asses, given the complexity of local politics and religious mania that so often prevail. Put simply, we do not belong there! Bring our people home!
www.authorneilcoleman.com
Posted by www.authorneilcoleman.com at 10:21 PM No comments:

Snowden sends a message to people demonstrating in Washington about USA spying on world leaders.

I watched and listened with interest about a news item that states the support of Snowden to demonstrators at a rally in Washington, expressing outrage at the activities of USA spy agencies. He said that it represents misuse of power, a threat to democracy and it has gone on for years. We also hear increasingly strident calls from the leaders of countries whose leaders have been 'spied on.' The list grows every day.
Obama has hardly countered the accusations with  any enthusiasm leaving one wondering if he is fully aware of the rampant spying that is obviously taking place. We all know that the USA has many enemies and that a nation must look after the safety of its citizens but I can't see why the alleged spying on so many leaders helps in this cause.
Of course, other nations also play the 'spying game,' but they lack the sophistication of the USA. We can assume that China and other nations must be rubbing their hands with glee as the focus falls off their particular activities.
I do not support the 'big bully brother' attitude of the USA, but I can understand the fear inspired by the recent 'anti-American' attacks around the world. Any nation has the right to defend itself, especially when the 'attacks happen on their own soil and at their embassies around the world. The reasons for the world-wide 'anti American feelings have been the subject to passionate debate for years and the reason for this have not been learnt, either by the USA or its 'enemies.'
That Snowdon makes his statements from Russia is a bit rich though. He would be far more believable if he chose a 'real bastion' of democracy and truth. Russia---yeah right!
www.authorneilcoleman.com
Posted by www.authorneilcoleman.com at 9:28 PM No comments:

Pirongia has so much to offer.

Not only is Pirongia a beautiful little village, not far from Hamilton, it is also the centre of a district that has so much beauty and places to visit. I shall let the pictures speak for themselves. Unfortuanalty, I couldn't take Perdy as she would have wanted to play with the pet goats and hens at my friend's place. 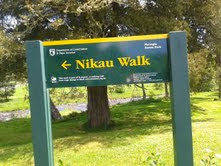 Entrance to the lovely park. 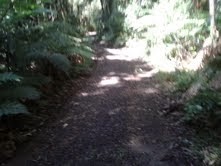 We followed the pathway. 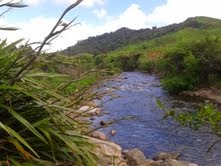 This stream has trout in it! 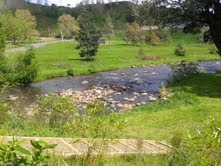 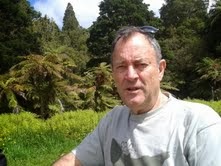 Having a little 'sit down' after reaching the camp
ground.

Posted by www.authorneilcoleman.com at 2:49 PM No comments: