My next book--ROSKILL and others to come

NOW for the waiting time. ROSKILL is almost here. I have just recieved  my advance copy to check and get my editior to go over it as I have learnt the hard way, that I just do not see all the errors. I am so happy with the cover design again. It also suggests a teenage audience, although many adults will find the story challenging. Afterall---'the drug 'P' is almost endemic in our society. Maybe my story is a little melodramatic, but life can be like that too.
ROSKILL will be available, hopefully by the end of August or early September at the latest. Hehehe--- perhaps I will buy one for my birthday. Mmmmm--- I wonder if I can get the launch date for the September the 4th. 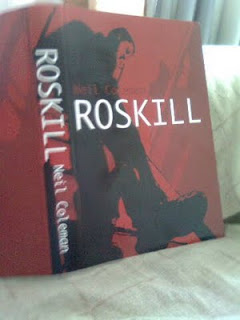 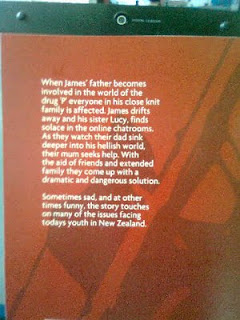 Other news. I have sent  SONS OF ORPHEUS to a publisher. I am preparing myself for the rejections that accompany the real world once you leave the world of self-publishing.
I am a devil for punishment. At the moment I am working on yet another novel---TALK TO ME. It is a satirical look at the world of talkback radio where I am the host. Funny, sad, chilling and totallly cynical. Watch this space. www.authorneilcoleman.com

UPDATE--- ROKILL IS OUT BUT DOWN. I HAVE SOME COPIES YOU CAN ORDER DIRECTLY THROUGH MY EMAIL. SONS OF ORPHEUS WASN'T ACCEPTED BY PUBLISHERS SO I AM GOING TO REWORK IT AGAIN DURING 2012 AND PUBLISH IT MYSELF AS TWO BOOKS.    'TALK TO ME' WILL BE BLOGGED AND RELASED SOMETIME IN MAY 2012 AND BE AVAILABLE FROM MY NEW WEBSITE AT THAT TIME

No--- I'm not being rude. It's not so much that I feel cold. I suspect that the terrible weather is like this all over NZ. I am now safely wrapped up in my hotel for the remainder of the day. It's still pissing down outside; infact when I took a short drive towards the Whangarei Heads, I had to turn back, because there was just too much water on the roads.
I am at the NZAC (New Zealand Association of Counsellors) conference. Today was inspirational. John Winslade and his parter Lorraine did a dual presentation of how they see counselling since the late 1800's. It is not often that you hear something that so wonderfully puts into perspective, the socio/political/historical interplay of where counselling has come from. I had so many 'yes' moments. Thanks so much John and Lorraine. I don't think I have to say anything more.
Posted by www.authorneilcoleman.com at 8:44 PM 1 comment:

Looking back on this now--- well 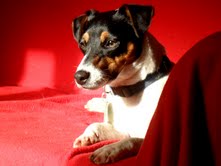 So how do I avoid getting tumbled by rampaging dogs? Mmmm-- not sure. I know that I will not stop walking because I think I am additced and that's one addicition that's OK with me--- and my doctor. My mates say that I bribed the dogs to knock me over so that I could get time off work--- don't think so cause the holidays are coming up anyway. I went to the doctor and have started physio---sprained ankle and ligament in right knee. One session has me straightenned me out (don't laugh) and another one on Monday. I can still go to the NZAC conference next week, so all is looking up. I shall revisit the beach and let Perdy go for a run, with me watching. I don't want to get knocked over when the other dogs see me--- they are only being dogs after all.
I have started another book (my editior says that being prolific is good because then I have heaps I can cut). You may have gathered I am never lost for words LOL. Here's a synopsis so far.
In the story TALK TO ME, I am a radio talkback host. I also walk Perdy at the park--- yes she and my lady freinds are in the story but with much changed names and characters--- shit--- I don't want to be sued. Let's say--- they have inspired my story. It is a send up-- satirical you might say. Well--- one of the ladies ( I have called her Marge) finds a body whislt on a walk. It hits the news and a guy rings into the radio show I host and tells me it is him. From there the story gets  more weird on every page. It has twists and turns and lots of surprises. I will try to get it published rather than go down the self published road--- too expensive. I will just have to get used to alll the refusals eh.

Yeah, things change and the water doesnt go 'flow' under the bridge----it tumbles and eddies and at times is a bloody whirlpool. One learns and looks back, alost embarassed at the naivity. I look at mylsef and think-'damn---I know nothing---it's not like abook that you're reading aut somone esle---it's for bloody real and there are no easy breaks.'
My decision to do my own thing could be yet another big financial flush pool, but if I don't do it, I will never know. Youn know those films where  the 'about to be departed are sitting looking out some window over a ramshackle garden, where the flowers have stopped blooming and the weeds are taking hold. I don't want ot be like that.

Posted by www.authorneilcoleman.com at 5:03 PM No comments:

Last week one of the ladies who regulalry walks with us had an accident. Sometimes as many as ten dogs join us on ojur hijinks around the bay. That must look both funny and intimidating to anyone trying to share the pathways.
The dogs (especially the younger ones) love to rush about chasing each other and causing mayhem. The inevitable happened and two of the more boisterous ones collided with one of the ladies and caused her bad lower leg and general injuries. She's all wrapped up in bandages of some sort and wont be right for mnay weeks. I felt really sorry for her and I know that she loves ot get her doggie out dfor the walks. She appeared back at the park yesterday and I was wandering across to see her while she sat on a big rock. Finn, Pacth and Perdy were running around like silly buggers, always happy to see oneanother. Two bad that I got in the way of their games.
Bang, crash and Oh bugger!  My turn. I felt myslef falling and imgaes of my mate's fate, crowded my head. Ifell on the sand, at a crazy angle. First-- 'I'm OK,' I thought, but then, 'Oh No.' I thought I had stuffed up my ankle, but there was a niggling pain in my knee. I managed to get myself, with help from two of my freinds to a rock, facing my already injured mate on the other rock in the distance. It felt most unnatural. I had the feeling that---'damn--- I'm not a srping chicken any more and all those things they say about 'falling' when you get a bit older and odder are true--- we don't bounce back like we used to. One friend went to her car and came back with Arnnica. I decided to rest while the others took all the dogs for the walk around the bay. The injured mate sat with me, but her dog soon returned; unwilling to leave her mistress. Perdy  wouldnt even contemplate leaving me--- so loyal and unexpected.
When the others copmpleted a circuit I said goodbye and hopped to my car. I went to the nearby medical centre, but in the end just got some pain killers. After a restless night and waking to realize that it's the knee that's causing the main problem. So today, it's off to the doctor and possible xrays.
On a finishing note. I love my friends. They were concerned and so helpful. One even texted me this morning, offering to pick up Perdy for a walk. Hopefully my visits to the bay will be back on soon, depending on what the doctor says later .
Posted by www.authorneilcoleman.com at 2:59 PM No comments: