Roast your chicken and next day----do this with the leftovers.

In my house a roast chicken is not actually consumed by one person in one sitting. Surely people don't do that you say---well yes---they do. I have plenty of leftovers these days and I like to find tasty cheap ways to use them. Here's one:
Shred the leftover chicken onto a bowl and combine it with the gravy you may also have saved. If not, then make up an instant version; it's OK to cheat! I added some tinned peas to the mix and some quinoa flakes to thicken it. I just did that because I like typing the word quinoa! You could also use oats or cooked rice,  but they are not so interesting for me to type.
OK--go and get some filo pastry. Using that makes the dish a little more healthy, but as I don't eat so much these days, it sort of is not quite so important.
I used three sheets of the filo and brushed them lightly with olive oil and cut them in half. I lined a muffin tin with the filo and made little baskets because sometimes I feel like I am a basket case. Once again I brushed the filo baskets before filling them with the mixture from the bowl of 'chicken whatever you want mix.'
I put some cheese (your choice, but NZ cheese is wonderful!--any sort) on top of the mix and then closed the baskets with the overhanging filo. Then I brushed some melted butter into the closed baskets and baked them in a 170C oven for about 30 minutes until golden brown.
Take them out and see if you can 'not' eat them before whoever is dear to you comes home. Of course you could consume them and say--'where shall we go for dinner, dearest?' As long as you have had the extractor on, they will never know and will wonder at your restraint when eating out.
ENJOY!--whichever pathway you chose. The baskets before filling. 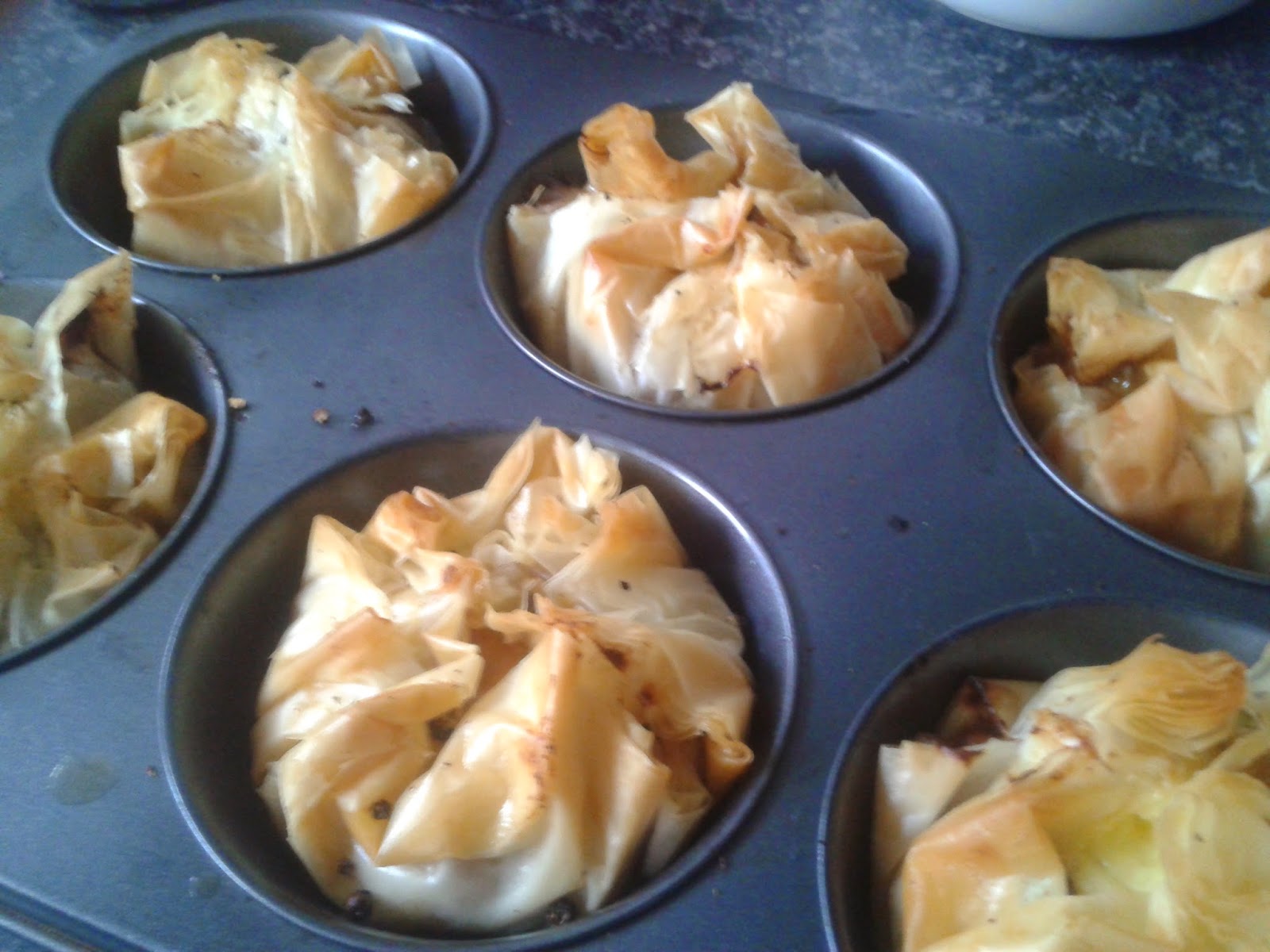 Could you eat them all?
Posted by www.authorneilcoleman.com at 9:59 PM No comments:

This is my future!---not my 'resting place.'

'What---you are making a large grave?' you say. That's what it looks like, but in reality it is the ground work for my new office; a small, 3mt by 3mt structure that comes within the new rules allowing such buildings on a small site. I am very lucky to have a skilled neighbour who is capable building it for me. I hear that he has brought the materials needed and spent the day, pre-painting some of the timber.
In a few weeks I shall have an opening celebration for my new 'work from home' space and will begin advertising for more clients. For the next few years, I shall keep that number relatively small; it is more about making plans for the future, when travelling 23 kilometres each way to work becomes a bit of a pain. In the meantime the 'office' can also be used for the occasional overnight guest, but don't get too excited, because I need to keep it very Spartan in appearance  as I need it to be 'client friendly--who wants other peoples luggage taking up the space---certainly not my clients.
I shall advertise soon for some clients---they will consist manly of counsellors seeking 'supervision,' and now that I have my qualifications and some clients, I feel confident enough to 'grow' my little business.
A year ago, I would never have considered the possibility of entering a new phase in my career; I did not see a future, as my weight and the related health issues were pointing me in a very different direction; more like the one that I opened my blog with. Now, 45 kilos lighter since my Bariatric surgery and a life that has many more possibilities---well you can read about it in past blogs, things are looking up.
I shall stick up more pictures as the work progressed, bringing my plans for a future full of promise so much closer. Thank you to family and friends who have supported me on my journey---we shall celebrate the new office in an 'appropriate' manner.
www.authorneilcoleman.com 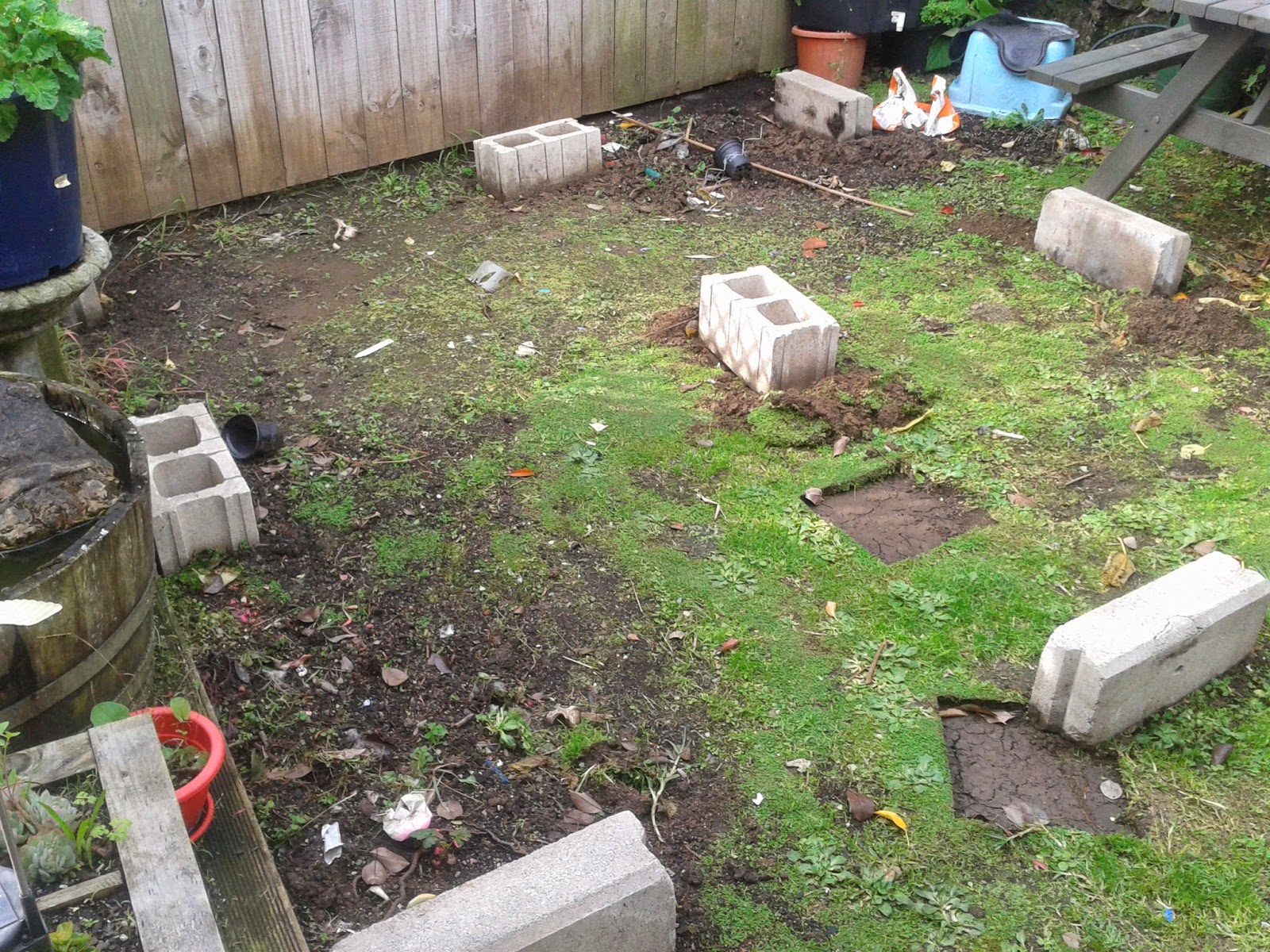 The beginning of my new 'beginning,'---my office.
Posted by www.authorneilcoleman.com at 8:31 PM No comments:

Bullying is pervasive---from the schoolyard, to the police and in polictics.

Bullying takes many forms and reaches the highest levels of society; the latter being up for discussion as to what that represents. How many young peoples' lives have been ruined  or at least 'limited' by an experience that some parents (and teachers) say is just part of life and that the recipient should 'toughen up?' Move up the food chain a bit and you will find work-based bullying, where victims are hounded out of a job, or are forced to live miserable lives because their options re finding another job are either limited or stunted by the experience, having had their confidence bashed against the wall of indifference on the part of their employers.
'But it's against the law,' you say. Well, yes it is and there are laws around work place health and safety, so you would expect to see solutions based on good work practice and a response from the police in certain situations. Then you read about the latest example of 'in-house police bullying, because yes, it exists within our esteemed police force. There too it takes all the forms witnessed in society as a whole. After all, the police reflect the values of society in general.
One does not have to look too closely into the 'halls of power' to see the same old devil playing out its ugly game. I leave you to ruminate in a non-gastric manner to find examples of such scenarios in that 'dog eat lesser dog' playing field.
If bullying exerts such negative influences on so many 'stages,' then why are we not paying more attention to it? Of course there many initiatives within schools, to combat bullying and we read about success stories from time to time, but how many of those shining examples become enmeshed as the 'norm,' before they unravel, due to lack of funding and the positive effects watered down, because the students go home (and the teachers) to houses of horror, where it all begins again.
My point is that no 'one sector' of society can take bullying on in a vacuum, be it schools, the workplace or the house of power--Parliament. We must have a all-embracing approach, be willing to constantly talk about the scourge of bullying, having a common practise to expose, educate and seek solutions. Until bullying is recognised as one of the biggest issues facing our nation, then we will continue to spoil lives, indeed 'end lives, and leave those who make decisions merely continuing what has always been. Surely we can raise above our past and kind a 'Kiwi' way of both excelling but without leaving the carnage that success can sometimes bring when it is accompanied by a 'need to putdown or damage our fellow citizens,'
www.authorneilcoleman.com
http://www.amazon.com/dp/047325655X  Check out the link to explore another form of bullying.
Posted by www.authorneilcoleman.com at 3:01 PM No comments: