'Ladies, do we really care what jackets you are wearing in Parliament?! Well---NO!!!!!!

Women have come a long way in politics in NZ. We have had two female Prime Ministers (one elected, the other the result of a 'political blood-letting) and NZ was the first country in the world to see women voting. There have been many fine Cabinet Ministers from broth major parties (I can hear howls of disbelief from the more biased of you) and the balance re female MPs in Parliament is amongst the highest in the world.
Some of the said fine female politicians played into the hands of those who have a different view of women in politics, when they entered into the 'mother of all bitch-slapping behaviours we have seen for quite a while. A Green Member of Parliament decided to wear a colourful jacket into the chamber and all hell broke loose; all visible to the few who bother to watch the proceedings on TV. Of course, it made the 'news' that night.
Two Government women politicians decided to take the Green MP to task and it was nothing short of pathetic, ugly, and unfortunately funny to some, but damaging to both Parliament and the progress of women in Parliament. Out came all the clichés, but mostly unspoken from those within Parliament. I doubt any 'man' would dare to comment; choosing instead to watch from the sidelines.
Come on ladies---get on with the business you were put into Parliament for--working for a better NZ. You have done yourselves nothing shirt of indulging in petty meaningless actions. Find something else to play out your passionate beliefs, or would you prefer Parliament to have a new Minister for Jackets!? BUT---I did laugh at the comments. It sounded like something that drag queens would be involved in prior to going on stage. At least they have 'tastes'! They don't usually wear jackets though. Of course the whole affair did take the pressure off the men who have behaved badly for many years!
www.authorneilcoleman.com
Posted by www.authorneilcoleman.com at 8:30 PM No comments:

Don't let the picture deceive you. The table we are sitting at is merely inches away from the tide. If there had been a wind of any sort, I suspect that the high tide would have swamped the little picnic area. The day was so beautiful and after a nice walk at the nearby Kakamatua Inlet, what better place is there, just across the road from the Huia Shop and café, for a rest?  The 'west' is growing ever closer to my heart. can't you see why? 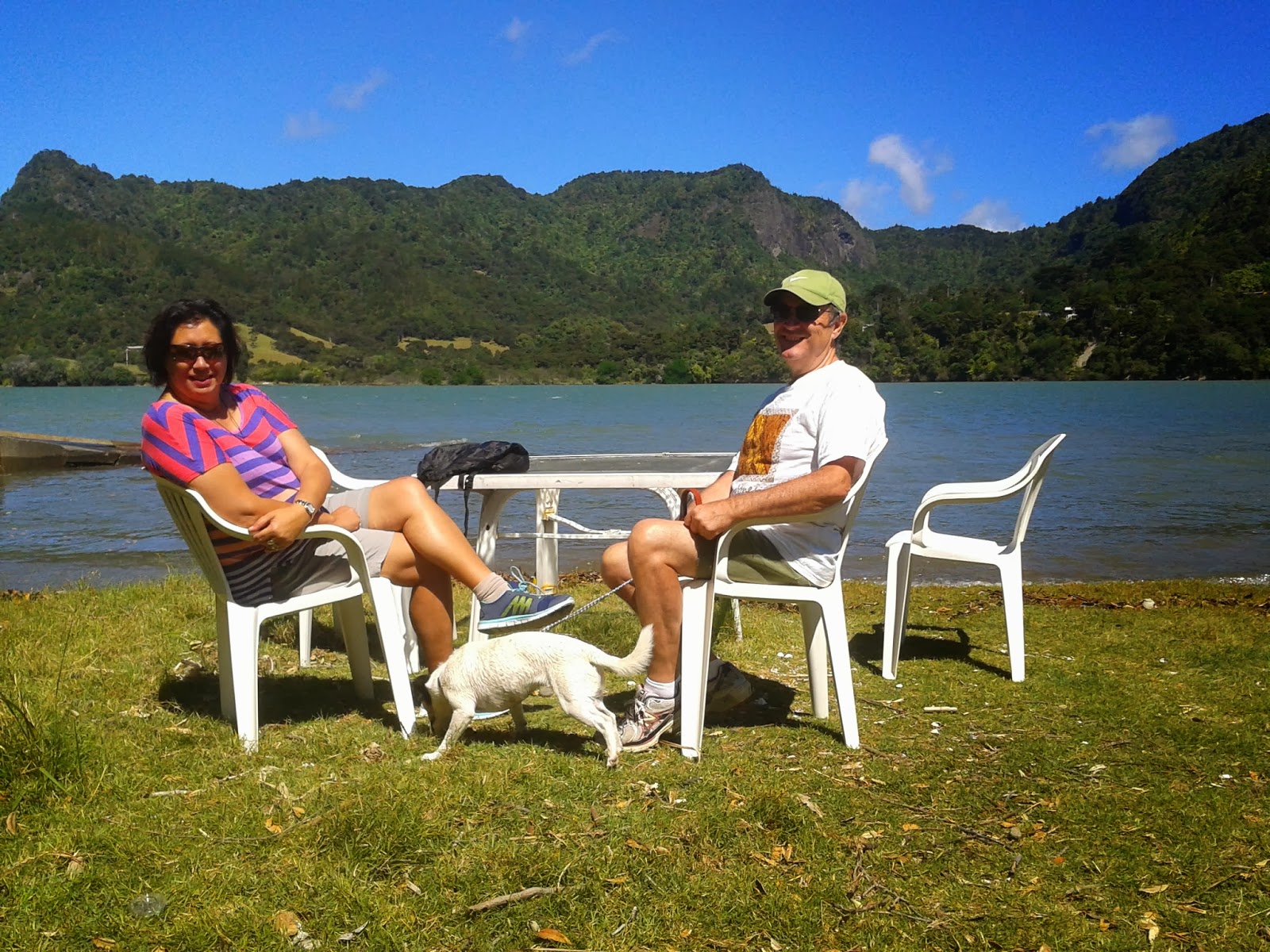