What if Shane Jones is correct? Are we surprised. Read on.

By Adam Bennett
4:37 PM Wednesday Feb 12, 2014
New Zealand suppliers are being subjected to a 'Countdown shakedown', according to MP Shane Jones. File photo / Richard Robinson
Progressive Enterprises has shot back at Labour MP Shane Jones after he claimed in Parliament that New Zealand suppliers are being blackmailed into making payments to Australian owned supermarket chain Countdown to ensure their products continue to be stocked.
Under protection of parliamentary privilege in the House this afternoon, Mr Jones detailed what he called the "Countdown shakedown" and slammed it as an example of the ruthless "dingo culture" of Australian corporations.
But, in a statement released late this afternoon, Dave Chambers, Managing Director of Progressive Enterprises said it "categorically rejected" the allegations.
"If any MP or supplier has questions or concerns about our business they are welcome to contact us directly to discuss them."
Mr Chambers also said: "As a passionate Kiwi, I am also proud of the 18,000 New Zealanders who work hard to serve our customers every day, and of the investment our business continues to make in the economy."
Mr Jones told Parliament he had been informed by New Zealand suppliers that they had been called to meetings with the supermarket chain's managers.
During those meetings they were told the supermarkets' profit margins hadn't met "shareholder expectations" and more was wanted from the suppliers.
"The Aussie managers are saying to our kiwi employers, our kiwi firms "we're not here to talk nursery rhymes".
"They are demanding from kiwi businesses backdated cheques and recompense for the losses the supermarkets assert they suffered last year.
"And if they don't pay these cheques, they are being told no shelf space into the future.
"In any other sort of country that's blackmail, that's extortion."
Mr Jones said the suppliers who brought the issue to his attention had sworn him not to reveal their identity. However they employed thousands of New Zealanders up and down the country and with their own profit margins slim, those jobs would be placed at risk if they were forced to make those payments.
He said he would this afternoon send a letter to the Commerce Commission asking them to look into the matter.
The move was symptomatic of "a corporate culture that could only be described as something Tony Soprano would be very proud of, something of racketeering and something of extortion imported from Australia that corrupts commercial practice in New Zealand''.
Mr Jones refused to comment further after he left the House.
Mr Chambers said in a statement that Progressive would fully co-operate with any inquiries from the Commerce Commission.
Earlier, a spokeswoman for Countdown said the company was "stunned" by Mr Jones' claims.
"We absolutely and categorically reject the allegations".
Countdown is owned by Progressive Enterprise which is in turn owned by Australian company Woolworths Ltd.
Mr Jones' claims come almost a year to the day since Australian competition watchdog the Australian Competition and Consumer Commission (ACCC) confirmed it was investigating similar complaints across the Tasman.
Noting it was difficult to get suppliers to come forward and speak about such practices, ACCC chairman Rod Sims said the watchdog was investigating claims that suppliers were being forced to make extra payments or risk having their products removed from the supermarket shelves.
Some suppliers also said their products were being discriminated against in favour of the supermarkets' own home brand products, which are now estimated to make up around a quarter of total supermarket sales.
Countdown is already facing criticism and a fledgling consumer boycott in New Zealand over its parent company's policy to favour local suppliers over New Zealand suppliers in its Australian supermarkets.
A Facebook page set up to highlight the boycott had 1317 likes by this afternoon.

- NZ Herald
Posted by www.authorneilcoleman.com at 8:30 PM No comments:

If I needed to be reminded why I needed Bariatric surgery, then take a look at the 'old' picture!

As I walked past the boss's office today, his lovely secretary called me in. She said---'we need to change your picture on our files.'
'Why?' I said.
'Look at this,' she replied, with a look that was partly serious and incredulous at the same time. The boss took a look and seemed to have forgotten that I once looked like that!
If I need any reason to 'stay on track' or if I need a boost to remained me that it's all been worth it, I shall just take a peak at the old me. I am so thankful, even though I have more debt---well, now I have a life again. Who said fat chubby guys are happy? Feckin liars!
www.authorneilcoleman.com 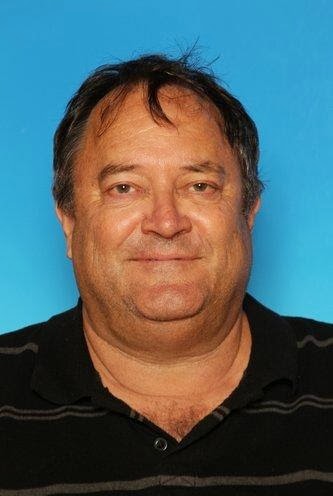 In the 'olden days,' not so long ago, I used to be--very unhappy and totally unhealthy. Damn, that neck was non-existent!

Posted by www.authorneilcoleman.com at 8:03 PM No comments:

The Nigerian 'scam' machine is at it again.

It seems that we read about incidents as reported in the NZ Herald about yet another Nigerian scam are going to keep on happening; this time an older person being scammed into believing that he was going to receive a huge payment, merely for the ‘transporting of some ‘goods’ into NZ. Greed takes over, even amongst those of us who should know better. The old adage of ‘if it’s too good to be true, then it probably isn’t,’ should be engrained on our brains so that we read less of these sad events.
The man involved was completely sucked in by the false promises of his ‘handlers,’ travelling to PNG to meet and start his ‘journey to richness.’ After an extensive surveillance programme, brought on after he was intercepted at our borders, and his  co-operating with our police, the man now faces his day in court, along with quite a few of those who were in the ‘ring’ with him.
Perhaps it should be compulsory viewing for every NZer to watch the ‘Border Control’ programmes on TV so that they can see that in both NZ and Australia, there are robust systems in place to stop the trafficking of illegal drugs and other goods. That the substance in this case was the precursor to the manufacturing of ‘P’ only goes to show that we need to step up our resources to stop this insidious blot on our society crossing our borders, then destroying so many of those who have anything to do with it, at supplier level through to the user.
Go read ROSKIL, BY NEIL COLEMAN, to get a down to earth handle on how ‘P’ can affect a family and nearly destroy it. The book is one that teenagers must read and parents too, to see the impact of their actions on the lives of their kids. You can download it on your Kindle by going to www.authorneilcoleman.com and following the links.
Posted by www.authorneilcoleman.com at 11:01 AM No comments: