A gap of five or more years between contacts with old friends is no more than a day!

Is it not a 'truth' of this world that even if you do not speak or see an old friend for a few years, it just doesn't matter; you just take on from where you 'left off.' It's a wonderful feeling when you get a blast from the past; that unexpected call, that brings back warm fuzzies as you remember how you used to connect. That happened today and the person knows I am talking about her. Bet that's got some of you thinking---well don't==just do the same for someone you have 'drifted' away from. I'd like a few more days like today---priceless.
PS   The website will be back and running next week. with more protection from those naughty hackers! Check it out after Thursday.   www.authorneilcoleman.com
Posted by www.authorneilcoleman.com at 11:57 PM No comments:

You get so much more for your money in Hamiton.

I often wonder why so many of us struggle to keep ur heads above water, living in Auckland. What you see in the picture, along with a renovated townhouse can be brought for around NZ$320,000, If the employment is there,make the move to the 'City of the Future.' Think of the extra money in your pocket and.....would you really miss the 'rat race' that is Auckland? 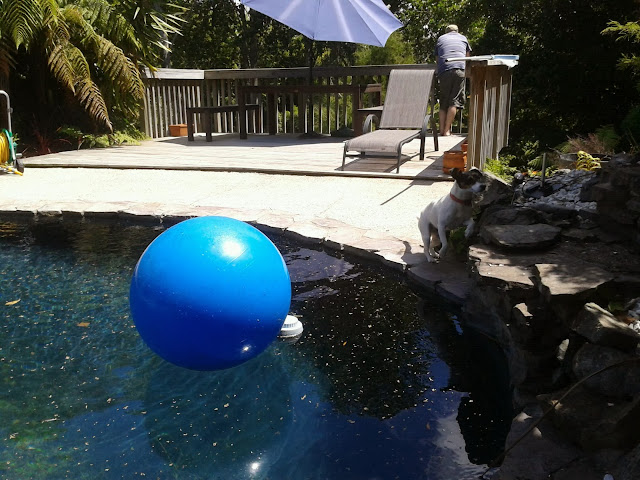 Posted by www.authorneilcoleman.com at 5:54 PM No comments:

Email ThisBlogThis!Share to TwitterShare to FacebookShare to Pinterest
Labels: Value and style.

You really need to employ your bull shit warning sign when you watch ANY channel re the news.

I have sometimes gone on about the 'freshness' of the approach of some of the 'newer boys on the block' re news availability in New Zealand. I have always assumed that the NZ services have been generally upfront and free of bias. Of course that is at best a rather naïve potion because someone pulls the strings in  various strengths no matter who is 'in control,' be it a career manager or Government leaning. However, I would say that we are on the fairly gentle side when it comes to governmental pressure, because as a small nation that values the freedom of information, we are able to exert a certain amount of pressure on would be 'media bullies.' I am not saying that the are squeaky clean though. In fact many in my country take a much more strident view of openness of the media.
When I watch overseas 'feeds' it is an entirely different matter. I have given up on ever getting a balanced view from Fox and I have come to the point that apart from some interesting documentaries and a 'fresh' view of events in the USA, RT (Russian TV) is no more than a mouthpiece for Putin. Yes, RT takes a very open position when it comes to events and policies  or a different view of USA politics and other issues, but it does not use the same 'wand' when it comes to what is happening in Russia. RT takes great delight in shoving it at the Americans but it is really obvious that they do not do so for most Russian issues, unless it suits Putin and his cronies (read--hangover from the old regime political and police systems.) No RT reporter would risk going out on a limb to criticise Putin's policies and actions without putting themselves at the risk of at least losing their jobs or in some cases, their lives.
I acknowledge the fact that Fox TV can and does criticise Obama at every opportunity, mainly because they represent the 'old guard' that is solidly opposed to any real change in the USA, be it gun law or medical insurance.
CNN and the BBC are better if one wants a wider view of the world, but once again, I would never say that they are not influenced by pressure groups or political manoeuvring.  We also have Aljazeera, informing us from another point of view and I put them in the category somewhere between RT and the BBC. I like many of their programmes but I watch with my filters on when it comes to reporting  issues that are about Islamic issues. They dare not go too far in their reporting of some of the events in the Middle East. Lets face it, they have 5 of their employees in Egyptian  prisons facing God knows what, so they are at least prepared to make an attempt to get the news out there. One just wonders how far they are prepared to go, if it comes to reporting 'clashes between Israel and the nations determined to 'push that country into the sea.'
So I finish where I began: no news outlet is totally free of pressure from political masters, but some have a bit more leeway to report the 'truth.' The rest is up to us as 'news consumers.' Always question the validity of what you are watching and hearing. We will never all agree on what we are witnessing and its ramifications for the world and when political bosses are in the mix---well, you know the rest.
Posted by www.authorneilcoleman.com at 12:09 PM No comments: