Beach Cafe in Browns Bay--a really friendly welcome for you and your dog---and great food.

With all the 'Poms' living in Browns Bay, it comes as no surprise that when one takes a walk on the beach, there are many dogs and their happy owners. It is obvious that the humans are very happy that their pets have taken them out and it goes without saying that the reward for such service and love is for the said dogs to take their owners for a well earned breakfast at one of the many cafes just off the boardwalk across from the beach.
When we approached the café area we were immediately welcomed by a friendly waitress who offered Perdy, our clever Jack Russell that somehow had managed to steer our car to the beach, a tasty 'treat. She seemed to have them in her pocket. We sat down at an outside table and it quickly became apparent that all of the people outside had at least one dog under the table, trying to hide from the stiff breeze that had spring up. We shivered for a while before deciding to take Perdy back to the car so wee could move to an side table. On a nice day, the café would suit us mighty fine; Perdy would have been happy watching then other dogs and the 'action' on the boardwalk.
We sipped out coffees (well made and good quality) as we waited for our food. As many of you know, I can't eat much since the bariatric surgery, so it was good to be able to order a smaller meal, although even if I had gone for one of the bigger options, I am sure that Perdy would have helped me out later, if I had wrapped up some for her. I didn't need to; we both ordered the 'one soft poached egg, with a gluten-free chicken sausage, toast (which I took home for, lunch) and a tasty rosemary flavoured potato 'rosti;'  not one of those cheaper fatty 'things' that you so often get. The amount was just right and the service was friendly and professional. We left happy, despite the inclement weather. We were reminded of how much we like Browns Bay and the journey across the 'bridge' is well worth it when you visit a café as good as the Beach Café. Well done Beach Café and thanks for making Perdy so welcome. She told us in the car later that she wants to go back---but on a nice day. I think she had her eye on this blond dog at the next table. 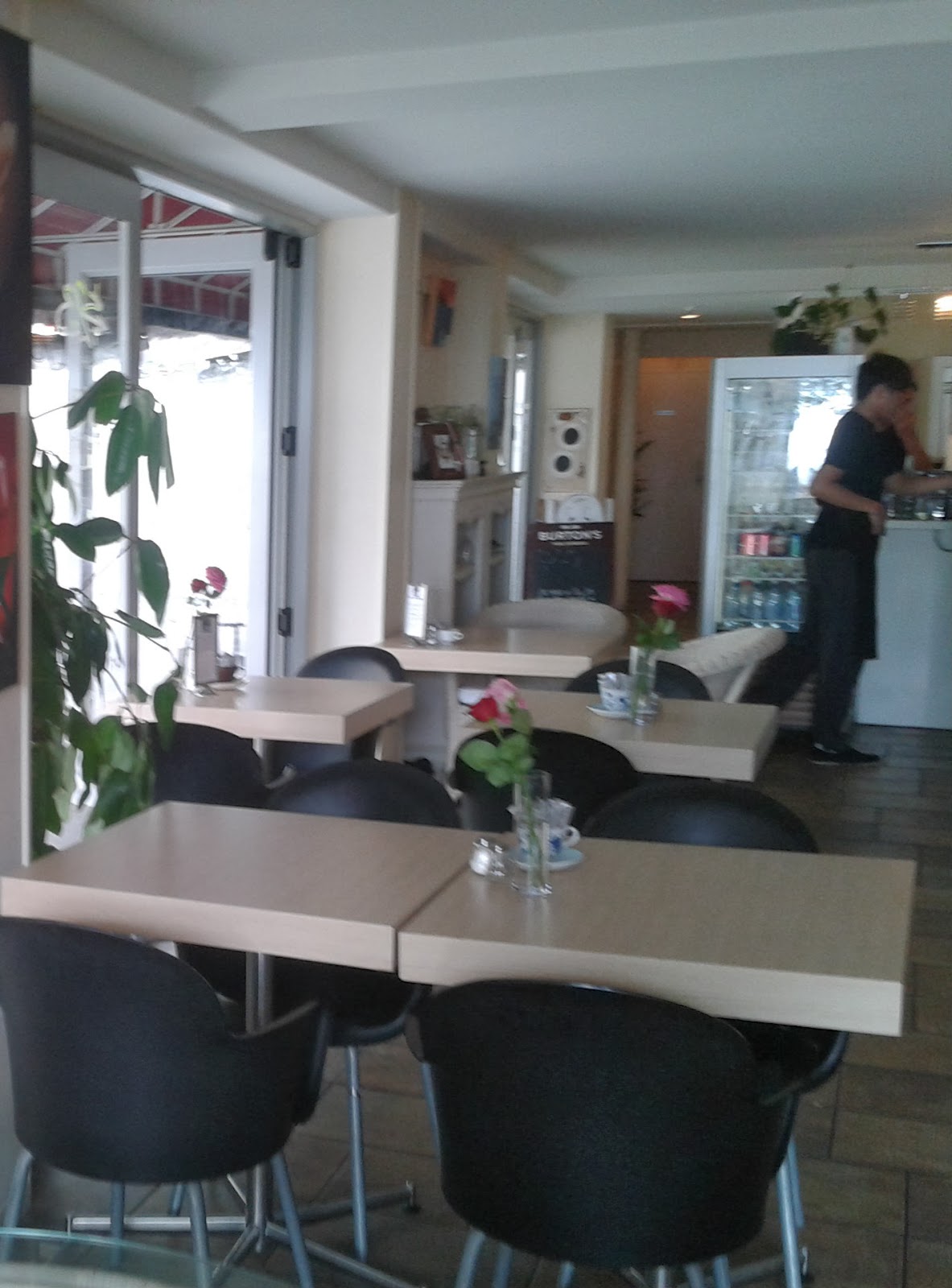 Posted by www.authorneilcoleman.com at 3:53 PM