Dogs galore on a 'stay at home morning.'

Today was going to be a nice long walk with two dogs and friends to Kakamatua Inlet. We were then going to the Huia Café for a late breakfast. Well, things didn't quite turn out like that. The 'wheel of fate' intervened in a not unpleasant manner.
My sister had arrived, all wrapped up and ready to go, although by that time we had decided that maybe the weather out west may concur to force us into a change of plans. The change most definitely happened but not quite in the way you would expect.
Our friend arrived with her pooch, Milo, much to Perdy's delight----shenanigans ahead folks! However once through the gate and inside where the usual doggie greetings took place; you know, the personal sniffing and unabashed sticking of noses in places that humans usually avoid! We heard the sound of whimpering at the gate---a stranger had appeared---the canine type. Upon investigation we observed a forlorn looking Fox Terrier, complete with lead, urging us to let 'him' in to join the fun.
It was pretty obvious that he had followed out friend down the drive, but where on  earth had he come from? We did not know of any such dog in the near vicinity. I took him by his lead and he meekly followed me back up the drive. No anxious owner prowling  the street. I took him back into the warm house and rang the number on his collar and the Council, much to their credit quickly linked us up with the owner, who informed is that she had left "Mason" tied up safely up at home a few streets away, but he had 'broken free' to explore the world. She was amazed that he had come so far, on a very busy road.
The doggie mum asked if we could keep him with us until she could get away from work, which was quite a distance away. The hour turned into two hours but in the meantime this lovely dog made himself at home and being an older dog than the two 'crazies' at out place, he managed to put-up with the antics, which included a great deal of pseudo-humping amongst the sniffing and frolicking that Jack Russells and Milo type dogs do!
Part of the original plan was to take the two dogs for a walk/run, terrorize walkers type morning followed by a nice brunch at a café. It was becoming increasingly obvious that the latter was not going to happen. We decided to cook up a café style breakfast so on went the bacon, mushrooms stuffed with soft cheese, scrambled eggs and grilled tomatoes with toast. Yeah I know---I am not able to eat all that, but take away the toast and lessen my meal size and I do pretty dammed well and NO----I have not put on an ounce of weight since reaching my 'new me' size.
Of course the dogs partook of the bits and pieces that 'feel on the floor.' Lets say---Mason had settled in as if he had known us for ages. Being an older dog, he seemed to know the score when 'visiting'--hey he might want to come back!
Finally, the owner of Mason arrived at the gate. My sister had given up on the walk and gone home. Mason's mum was friendly and very appreciative of our efforts to keep her boy safe. Indeed she made that very clear by giving us a nice box of goodies. That was not expected. I think that 'real doggie owners,' look after the pooches of others, when things aren't going well. Wouldn't it be nice if that was the case for some of the kids out there!
We said our goodbyes and I offered the sanctuary and fun of my place any time Mason wanted to visit, preferably by the more accepted means---with his MUM.
It all ended well and Perdy and I headed for our beloved Onehunga Bay. I wonder what else is in store for us this weekend, eh Perdy! 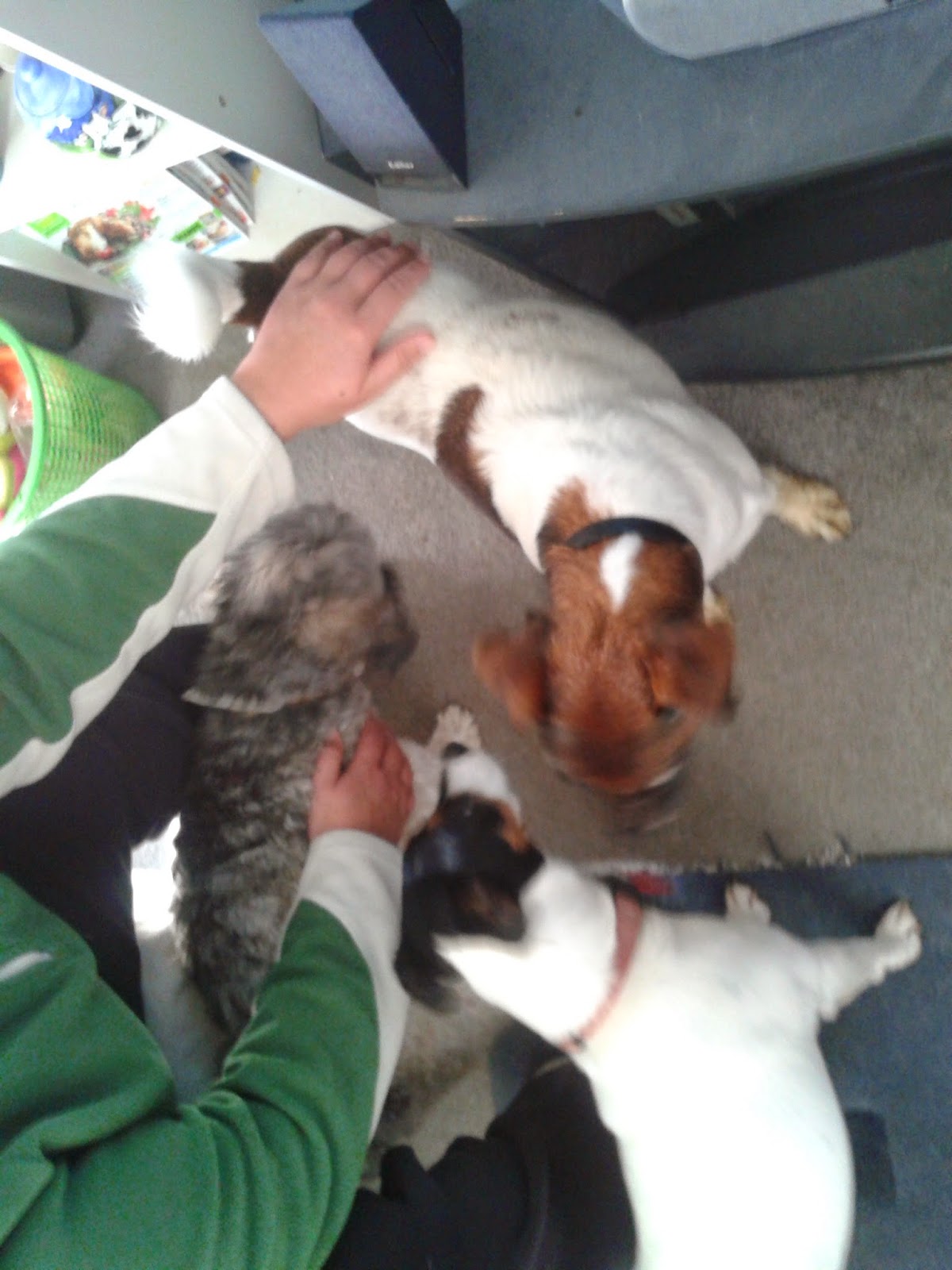 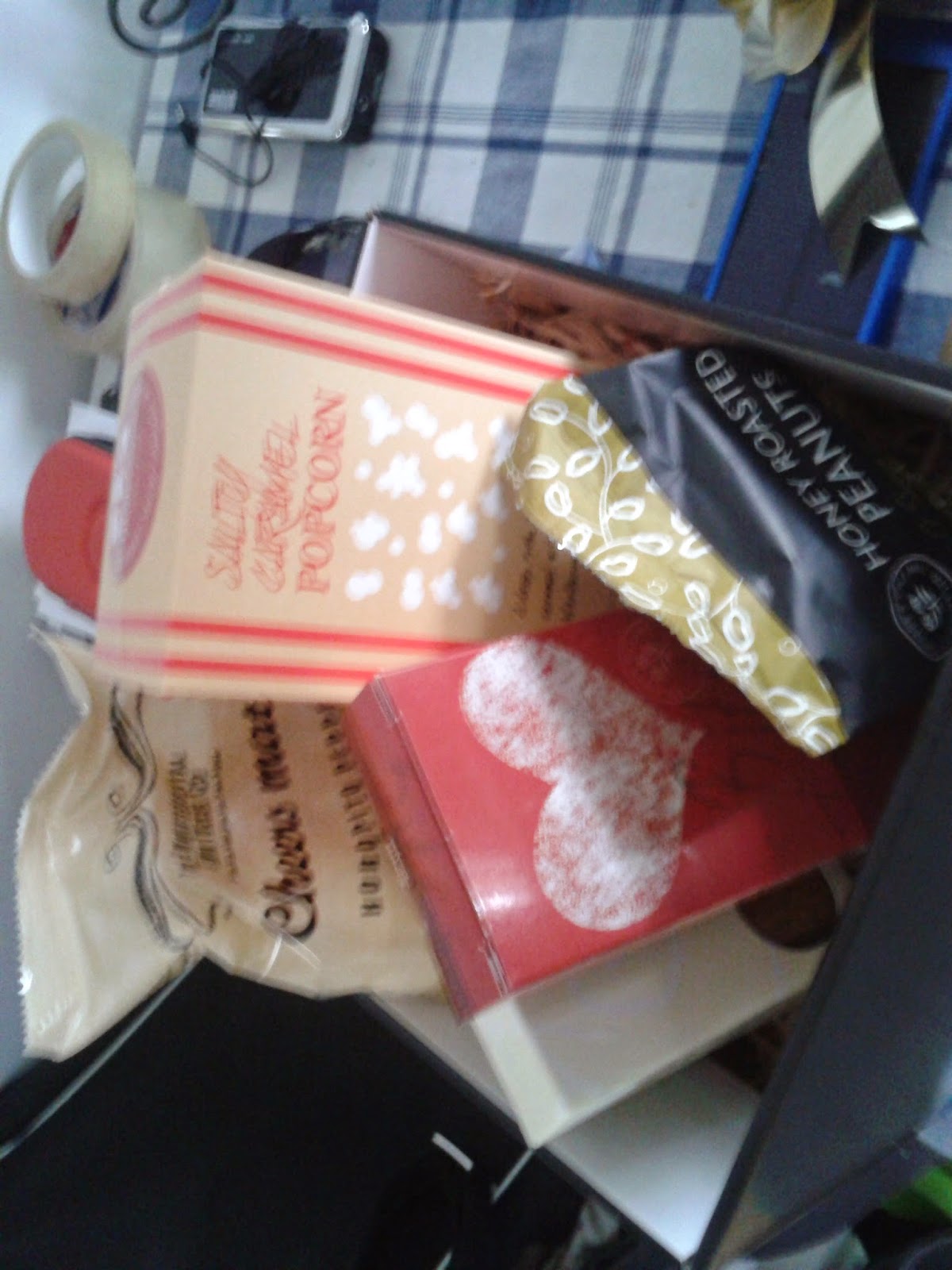 What goes around comes around...yum. The unexpected reward.
Posted by www.authorneilcoleman.com at 7:47 PM